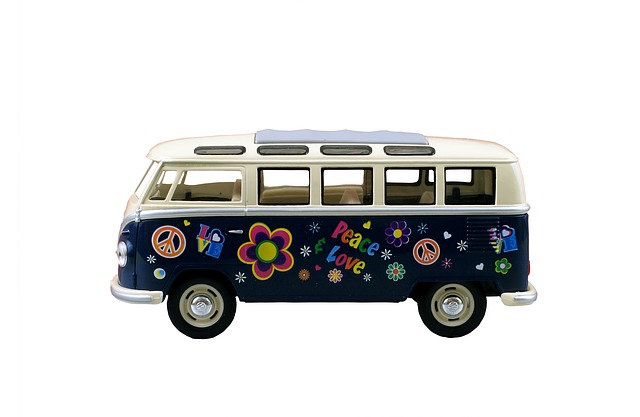 A Brief History of The Volkswagen Campervan

When you think VW you immediately think German, but it was a dutchman who first sketched the icon campervan version. If you have one of the early editions of a classic they can be quite valuable so make sure you have take a good level of VW campervan insurance.

If you were to ask any VW campervan owner about the history of their vehicle, they will most likely point to the Type 2 Kombi vans. There have indeed been many variations on the theme since that time from the many different manufacturers from around the world. Here’s a little about the history and the developments of the Volkswagen Campervan that has inspired a whole generation of vehicles. When you need to take out ​static caravan insurance be sure to compare quotes with our easy multiple quote system.

It all began when a Dutch businessman Ben Pon started importing Volkswagen Beetles into the Netherlands in early 1947.

After having visited a VW factory in Wolfsburg, he sketched out his idea for a very different brand new automobile. The engineers at VW would use this as their inspiration for what would become the VW campervan.

On November 11th, 1949, at a press conference the T1 Volkswagen was excitedly revealed to the world. The prototype had been built by engineers using Mr. Pon’s sketch.

This was VW’s first ever attempt at a ‘bus class’ motor vehicle, and it was recognised as a major success story. This exact T1 is located today at the Volkswagen Auto Museum.

1950s The Campervan is Born

VW built two different models – the Kombi and the commercial Transporter, and they went into production in early 1950. VW committed to build a total of ten automobiles each day.

Several different nicknames came about for the Type 2, which included Splitty due to fact that the front windscreen was split into two windows.

In 1951, VW released a new Type 2 T1 model. It was called the ‘Samba’. This new bus has 21 windows which were located all the way around the vehicle, with an option of having two additional ones in the roof.

The Initial sales figures were a bit underwhelming, with a mere 786 units being sold in that year. Things however quickly began to pick up as the model gained popularity.

The VW brand was without a doubt thriving. The interest in the T1 Bulli model was steadily increasing year after year, and the car maker was struggling to keep up with the demand.

In early 1955 the first fully fitted camper of the Westfalia production line, The Export, was placed into production.

The one millionth Transporter was built at the VW factory in Hannover after just sixteen years of production. Just six more years and VW reached the two million landmark.

The dawn of a new era at Volkswagen began in 1968. VW had stopped production of the T1 model just a year earlier, and now the car maker began rolling out the T2.

Even though it looked quite similar to the T1, the T2 was entirely different. It boasted a new engine, new suspension, and VW added a stabilising bar.

The one biggest difference is that the split windscreen had been changed to a single window panel. And so the Splitty was indeed no more.

In 1973 a new version of the T2 was introduced . This was referred to as the ‘late-bay’, whereas previous models had been labelled as ‘early-bay’.

The ‘late-bay’ sported a slightly different look, which included a square style bumper. It also boasted advanced safety features (such as improved braking) and had the larger engine option.

Just a short decade after the introduction of the T2, VW began its production on a new model. In May 1979 the T3 was released.

The T3 Westfalia camper version was heavily marketed by VW. It featured a pop-up roof, a sink, and a stove.

This year for the first time, VW began fitting their campervans with a diesel engine. This was the same engine that was previously introduced into the VW Golf.

VW began its production on a new version of the Samba Bus, which was known as the Caravelle.

It boasted a freshly designed new look, upgraded features and it was built on the concept of ‘comfortable passenger transport’. It had the ability to be converted into a very cosy living space.

In late 1988 the Westfalia’s campervan modifications underwent a serious overhaul coming up with a completely new look. This new, more modern vehicle came to be known as the California Volkswagen Motorhome.

The 90s brought about a brand new generation of Transporter, simply known as the T4. While this was mainly used as a commercial vehicle, there was a Caravelle version that was available.

Thirty-five years after VW produced the one millionth Transporter, they rolled out number eight million.

In the year 2000, VW’s Hannover factory saw record production. They built a total number of 178,000 automobiles. Just about 139,000 of these were Caravelle, Transporter, and Multivan models.

After the official unveiling by VW in 2002, the T5 model went into full production a year later. Both the Caravelle and Transporter model were made available.

Additionally, a new version of the California Motorhome was released – this time it was built in-house by VW.It was without a doubt, the perfect modern day campervan. It was fully-equipped with not only beds, but a table that folded up, seats, and a sink. A more affordable option, which was called the ‘California Beach’ was made and it included just a bed.